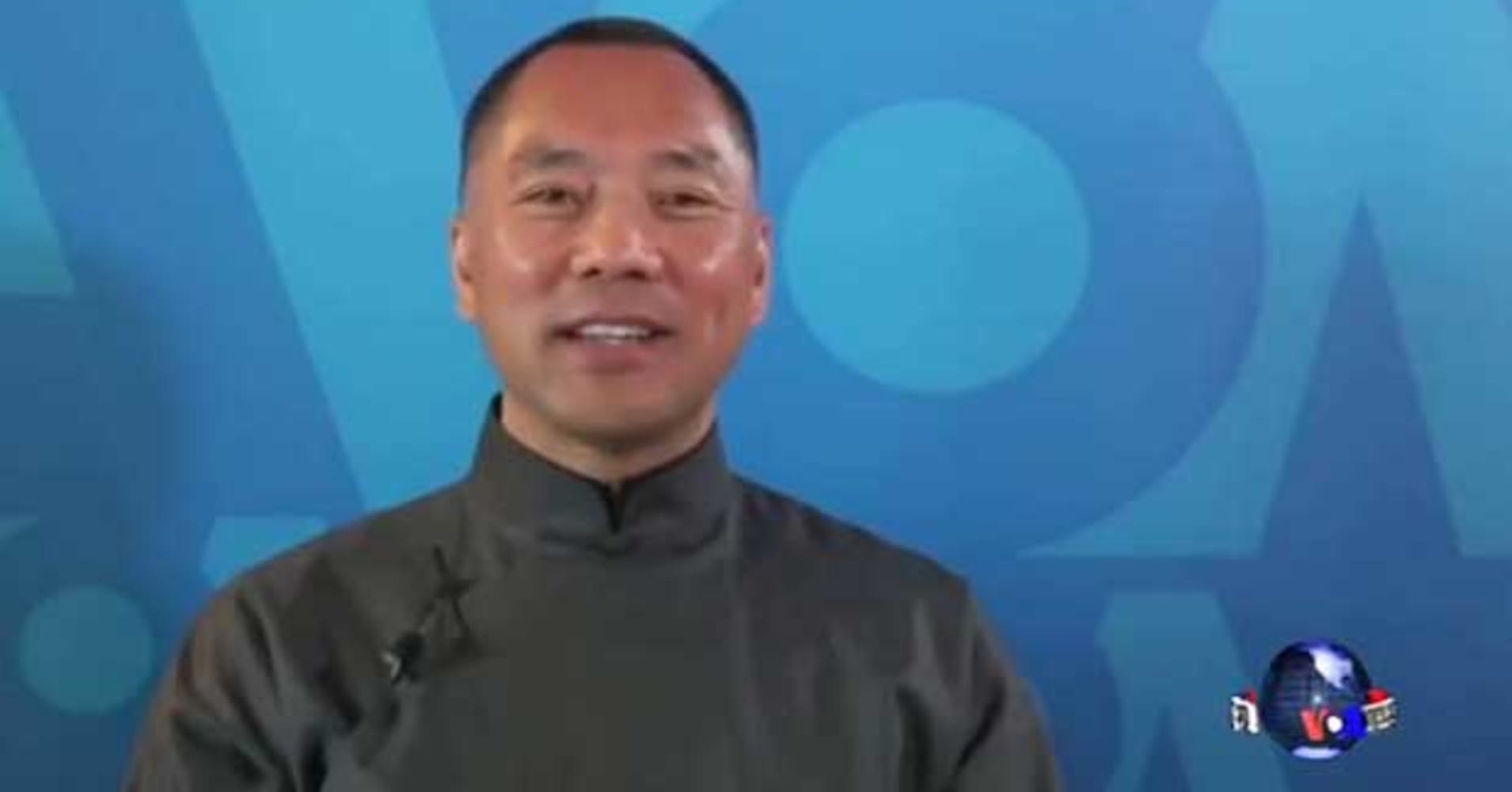 
At times, she said, she languished in virtual detention after Guo’s staff confiscated her smartphone, computer, passport and keys and forbade her from leaving her room in his luxury apartment in the high-end London neighborhood of Belgravia. To prove her case, the woman surreptitiously met a lawyer friend in London earlier this year to give a written statement about her ordeal and kept her underwear, pregnancy tests and abortion pills as evidence, according to police documents.

In a brief phone interview with the AP arranged by Chinese officials, the woman confirmed the account and described fleeing Guo’s apartment to the Chinese Embassy in London in April to apply for a new passport before returning to China. She said she was speaking of her own volition and that police had assured her she could bring charges against Guo without facing repercussions for having worked for a highly sought-after fugitive.

“I just want him to face justice for what he did to me,” she said.

In April, Guo told AP he believed the Interpol notice issued at the time amounted to “state intimidation” and that China had submitted bogus documents to the international police organization.

Interpol declined to comment about the latest warrant China is seeking for Guo’s arrest, referring questions to national authorities as is the policy in ongoing investigations.

Born into poverty in central China, Guo transformed himself from a humble gasoline speculator into a real estate mogul who jet-setted with the likes of former British Prime Minister Tony Blair. Key to his spectacular rise, according to investigative profiles in Chinese media, was an ability to befriend officials in China’s powerful security apparatus who helped him intimidate business rivals, secure deals and gain insights into the secret lives of the Chinese elite.

In one instance, according to these reports, Guo won the rights to build the iconic Pangu tower in 2006 as part of Beijing’s Olympics development project by working with Ma Jian, who later became China’s chief of counterintelligence, to obtain a sex tape of a Beijing vice mayor who had blocked Guo’s initial bid.

In 2015, anti-corruption investigators detained Ma and later accused him of accepting $8.8 million in bribes from Guo, who fled the country. Prior to that, Guo had enjoyed a mutually beneficial relationship with China’s intelligence service, even helping to repatriate overseas fugitives, he later said in his YouTube videos.

Guo in 2015 hired American private investigators to fan out across the U.S. to look for Ling Wancheng, the fugitive brother of a disgraced top aide to a former Chinese president who possibly sought to defect, a person involved in that search effort told the AP. The person was legally barred from discussing the case publicly and spoke on condition of anonymity.

Months later, Chinese agents arrived in the U.S. to search for Ling in a covert operation that angered U.S. officials, underscoring how the issue of politically connected Chinese fleeing to the U.S. has strained relations.

“With political cases such as Ling Wancheng and Guo Wengui, the U.S. seems reluctant to send them back because both have valuable classified information about the top echelons of the party,” said Willy Lam, an expert on Chinese politics at Chinese University of Hong Kong. “This phenomenon is a big plus for the CIA and FBI.”

Lam said that although it is unlikely that Washington would send Guo back given his intelligence value, he added that President Donald Trump “could potentially play the ‘fugitive card’ to put pressure on Beijing to make concessions on issues ranging from trade to North Korea.”

The prospect of becoming a bargaining trip has worried Guo, according to a leaked audio recording of a meeting he held earlier this year with former U.S. Secretary of Homeland Security Jeh Johnson, who offered to lobby the Trump administration for a visa extension.

A spokeswoman for Paul, Weiss, Rifkind, Wharton & Garrison, the law firm where Johnson is partner, said a meeting between Guo and Johnson “several months ago about a possible representation appears to have been recorded and released,” but the firm ultimately did not take on Guo as a client.

“I want to help you,” Johnson says in the edited recording that recently surfaced online. “I am the only member of Barack Obama’s Cabinet that has met with Donald Trump.”

In the recording, Johnson suggests Guo meet with FBI agents and consider donating to human rights organizations to strengthen his case to remain in the U.S. After Guo expresses concern that Trump had already “made a deal” with the Chinese, Johnson and an unidentified woman who appears to be a Guo adviser quickly assure him that Trump would not give him up.

“He would be violating your rights,” Johnson says, while the adviser points out that Guo, who goes by the name Miles Kwok, should also consider his membership in a Trump resort in Florida as a factor working in his favor.

“Miles is a member of Mar-a-Lago,” she says, before Guo bursts into laughter.

AP writers Lori Hinnant in Paris and Julie Pace in Washington contributed to this report.

‘Cryptocurrency is promising, but invest with caution’
Roblox (RBLX) earnings Q1 2021
U.S. cities where rents are going down: Apartment Guide report
Creator of dogecoin Billy Markus on the cryptocurrency’s appeal
Tips for asking for a month of remote work