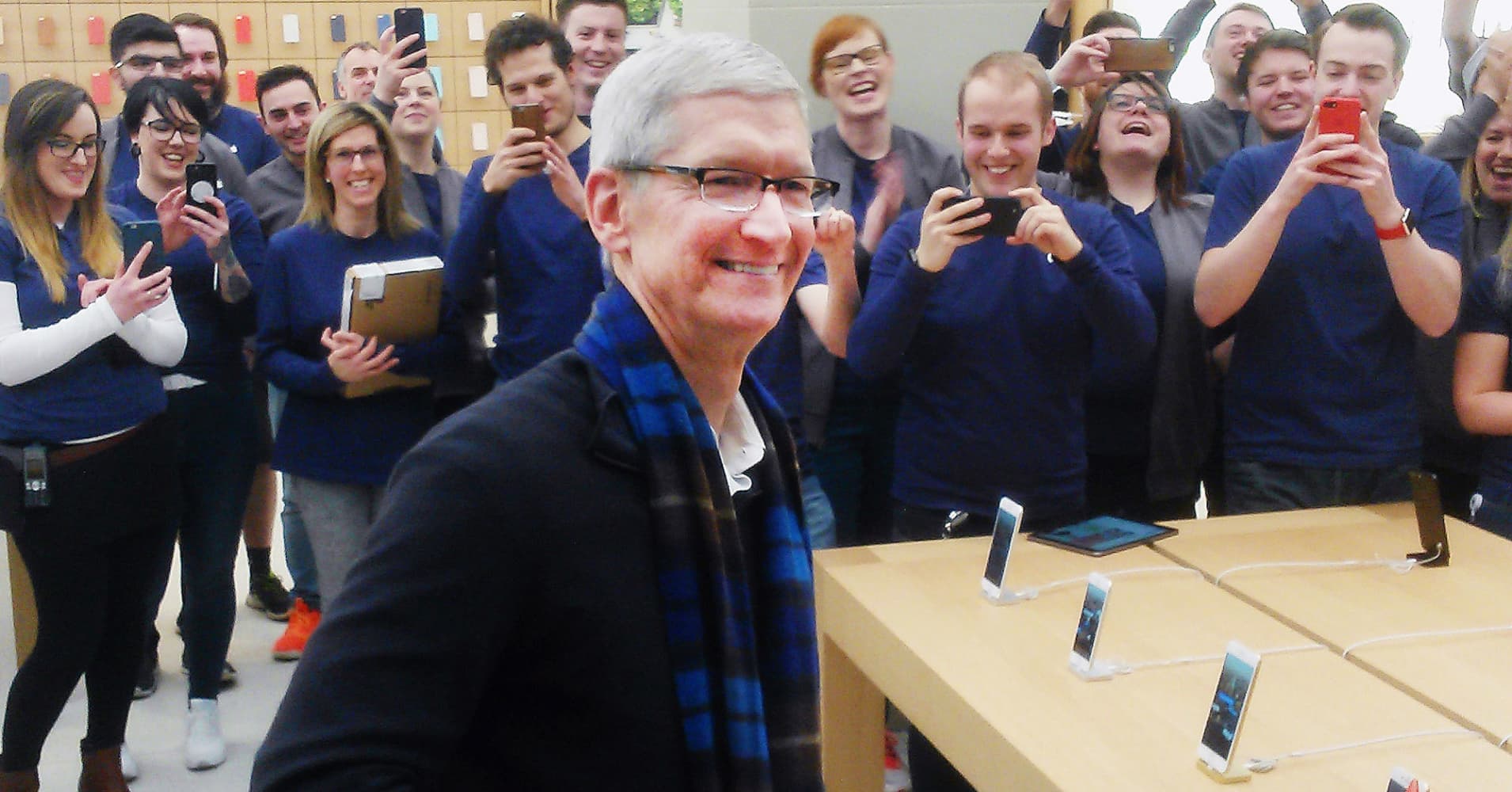 
It is not just the iPhone that is supporting Apple‘s almost $800bn valuation. The company has hundreds of billions of dollars of cash and other investments, eclipsing that of many established asset managers.

However, in contrast to the disclosure by investment firms, Apple offers investors only the broadest brush strokes of what the money is actually in. While the tech company has the largest pile of financial assets by a US non-financial group, the lack of detail is typical of the 30 large US-domiciled companies analysed by the FT that hold more than $10bn of cash and other securities on their balance sheets.

The latitude US regulators give corporate America on what they need to divulge is creating risks, experts say, given the sheer scale of the cash and other investments companies have accumulated in recent years and the danger that holdings of financial assets are hit as the Federal Reserve tightens monetary policy.

Receive 4 weeks of unlimited digital access to the Financial Times for just $1.

Collectively the 30 companies, which includes General Motors, Qualcomm and Pfizer, own nearly $900bn in US debt and equities, according to an FT analysis of filings with the SEC. They have a portfolio of more than $400bn of US corporate bonds, representing nearly 5 per cent of the outstanding market.

The Financial Accounting Standards Board sets the guidelines for what is required under US Generally Accepted Accounting Principles, but the Securities and Exchange Commission has the authority to intervene if it wants more transparency on a topic. For example, companies must disclose an analysis of market risks, but they are under no obligation to identify individual securities they own.

Indeed, by disclosing its separate holdings of foreign government bonds, asset-backed securities and the specific make up of its cash equivalents — including commercial paper, agencies and money market funds — Apple is, on a relative basis, among the more open about what is in its $262bn portfolio. Other companies, including Coca-Cola and PepsiCo, disclose far less.

PepsiCo notes that it owns just under $13bn of debt securities as part of its portfolio, including $6.7bn of short-term investments that mature in less than one year. It does not divulge the asset classes it has invested in.

Apple, Coca-Cola and PepsiCo declined to comment beyond their respective regulatory filings.

Thomas Gilbert, a professor at the University of Washington’s Foster School of Business, says the swelling in the cash and securities holdings have made it “very difficult for investors” to judge whether companies are properly valued given the limited information that is revealed.

Although the investments are often thought of as safe as hard cash, they carry real risks and can materially affect a company’s quarterly results. Companies are obliged to assess their market risks as part of annual filings with the SEC, which often include projections of how shifts in interest rates could affect their portfolios. Some will discuss credit risk, duration, and even their exposure to counterparties and companies within their quarterly reports.

Apple, for example, warned in its annual filing with the SEC last year that a one percentage point jump in interest rates would hand it a $4.9bn paper loss on its holdings. At Oracle the number is smaller, but still significant. The software group says it could suffer mark-to-market losses of nearly $350m if rates rise by half a percentage point, according to its last annual report with the SEC. Microsoft says it could lose more than $200m in a single day if there was an “adverse” market shock. Cisco estimates the value of its equity portfolio would drop by $171m if the stock market suffered a correction.

Yet even these warnings remain broad and devoid of detail, experts argue. What commentary companies do give on their holdings gives investors little to chew on. Apple, like many companies, says its “investment policy generally limits the amount of credit exposure to any one issuer” and that the company “generally” requires its purchases to be rated investment grade.

“I need information on what they are holding, what the riskiness of the assets are . . . is it a fair return for the risk they are taking, so I can evaluate the stock price,” says Mr Gilbert of University of Washington.

These concerns have simmered as cash piles have climbed and financial markets have rallied to record levels. A growing list of money managers has raised red flags over low credit spreads, high stock and bond market valuations and the durability of the US economic expansion as it heads into its ninth year. And corporate treasurers have been burned before after diving into riskier asset classes.

“We know in the Michael Milken junk bond era companies went deep into less conservative investments,” adds Neri Bukspan, a partner in EY’s financial accounting advisory practice. “In the financial crisis we knew companies invested in commercial mortgage-backed securities and residential mortgage-backed securities that were rated triple A. Companies thought they were solid.”

Pamela Marcogliese, a partner with law firm Cleary Gottlieb, adds that the number of companies disclosing counterparty risk soared after the financial crisis. But it is up to the company to determine whether that risk is material and requires disclosure.

If there is little pressure on companies to disclose, Mr Rajgopal of Columbia Business School says the growth of passive, index-tracking investment is capping the clamour from shareholders to know more.

“Here is the problem,” he says. “Who usually wants more disclosure? It’s equity analysts and equity analysis in today’s world is in trouble.”

Inside the most expensive home for sale in Bal Harbor, Forida
Intel (INTC) earnings Q1 2021
Advice I got from a mentor at 22 years old that I use
How to reduce exposure to tax increases with charitable contributions
Where is it safe to go on a cruise in 2021