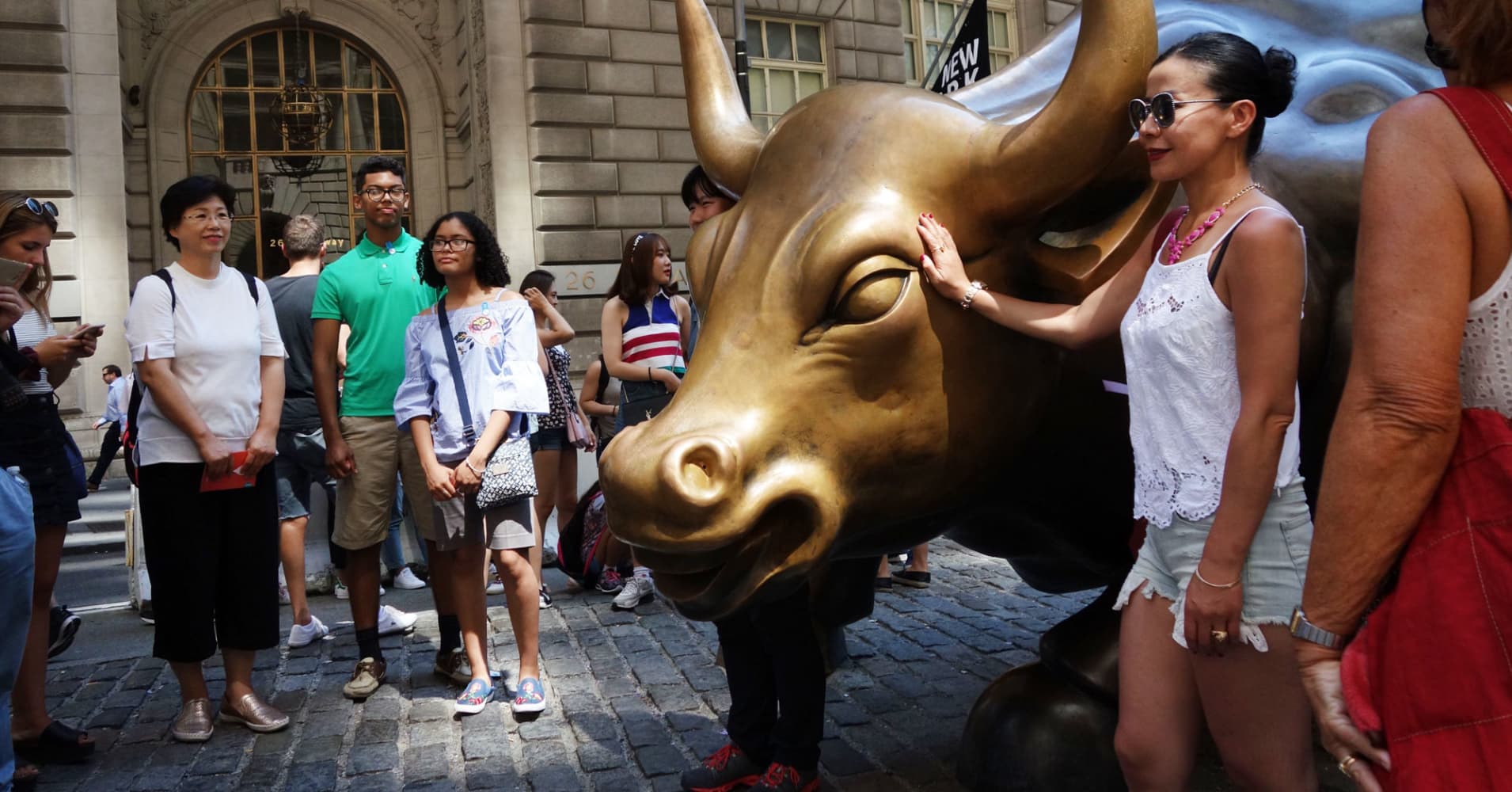 “We’ve certainly been surprised by the resilience of the US market more from a valuation standpoint than anything else. We did think we’d get a pullback here at some point,” Mark Eibel, the firm’s client investment strategies director, said Monday on CNBC’s “Trading Nation.”

“Every month we’ll look at that target again on a rolling 12-month basis just on what we see, and we have slowly increased it as the fundamentals have gotten better in the US,” Eibel said. “But it almost seems to be 10 percent behind where the actual market is at.”

He said a phenomenon emerged that has prevented the market rally from souring. Eibel argues global ties are keeping U.S. stocks in the green.

“We think it’s more driven by things going on outside of the U.S. And, the U.S. has been the beneficiary rather than the U.S. instigating it around the globe,” he added.

He predicts a correction is coming.

“We’re just surprised that with everything that has been in the news, we haven’t seen one yet this year,” he said.

Eibel sees the overseas markets as the best play for investors, which has been the overwhelming theme this year.

“Overweight Europe has been our top pick. We kind of think of it as being able to replay the U.S. playbook. What drove the U.S. since the recession was about 2 percent growth, zero interest rates, massive monetary policy and fairly stable politics,” he said. “That’s exactly what you get in Europe now, but you get it at a cheaper price.”