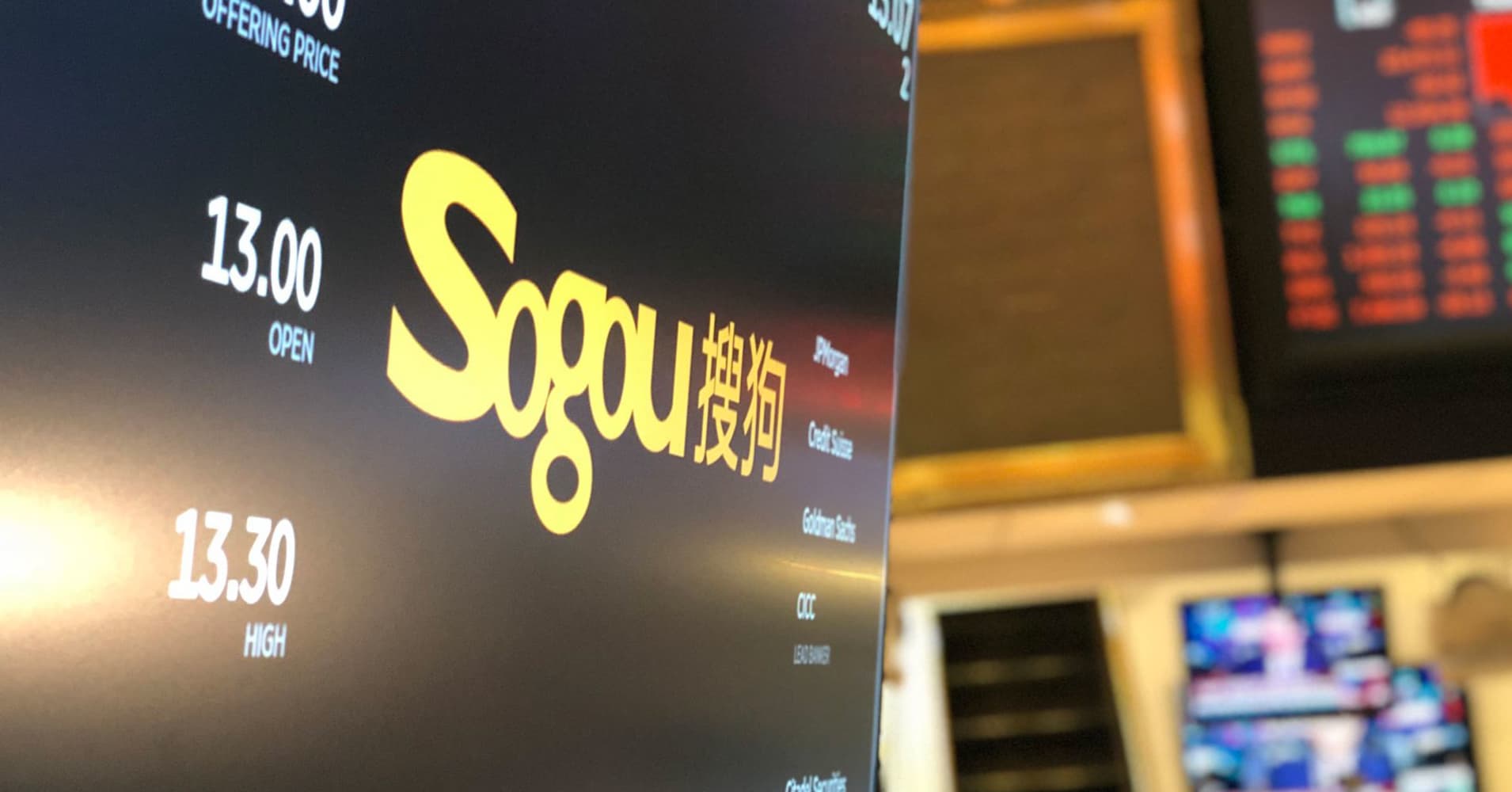 
Sogou is just the latest Tencent investment to go public. Tencent subsidiary and e-book company China Literature debuted in Hong Kong Wednesday local time in a public offering which was oversubscribed by more than 600 times and roughly doubled on its first day of trading. Tencent is also reportedly planning an IPO of its music streaming unit, and per S&P Capital IQ is the second-largest investor in Sea Limited, a $4.8 billion southeast Asia internet company that listed on the New York Stock Exchange on Oct. 20.

“Some of the bigger companies like Alibaba, Tencent, they add a lot of credibility to the deals because they’re known names,” said Drew Bernstein, co-head of the China practice at Marcum Bernstein & Pinchuk, an auditor of Chinese IPOs in the U.S. “They’re investing in basically something that’s going public and they know that their name carries weight. If they bring credibility, they bring value.”

With Sogou, 11 Chinese companies have gone public in the U.S. this year, according to Renaissance Capital, on pace for the highest number of Chinese IPOs in the U.S. since 2014 when 16 such companies, including Alibaba, went public.

Alibaba Group has a market capitalization of $475 billion. Shares are up about 111.7 percent this year. The Chinese e-commerce giant run by Jack Ma also has several affiliates in payments, logistics and cloud computing. In the last few years, Alibaba has branched out into media and sports with its investment into Guangzhou Evergrande Football Club and purchase of the South China Morning Post newspaper. Executive Chairman Ma’s latest moves ahead of China’s version of Black Friday, Singles’ Day on Nov. 11, are recording a duet with pop star Faye Wong and starring in a short martial arts movie.

Tencent’s co-founder Pony Ma is far more low-key than Alibaba’s founder, although the company’s messaging app WeChat dominates China. The company reported 963 million monthly active users for the app, known locally as Weixin, in the second quarter. Tencent is listed in Hong Kong and has a market capitalization of 3.68 trillion Hong Kong dollars ($470 billion). Shares are up 104 percent in local currency terms this year.

Tim Seymour, managing partner at Triogem Asset Management, said investing in some of the largest East Asian companies is like investing in a venture capital firm. Venture capital typically can involve more risk, but potentially higher reward for investors.

“Thus far their VC approach is well documented in China and Asia, but significantly less so in the USA,” Seymour said of Tencent.