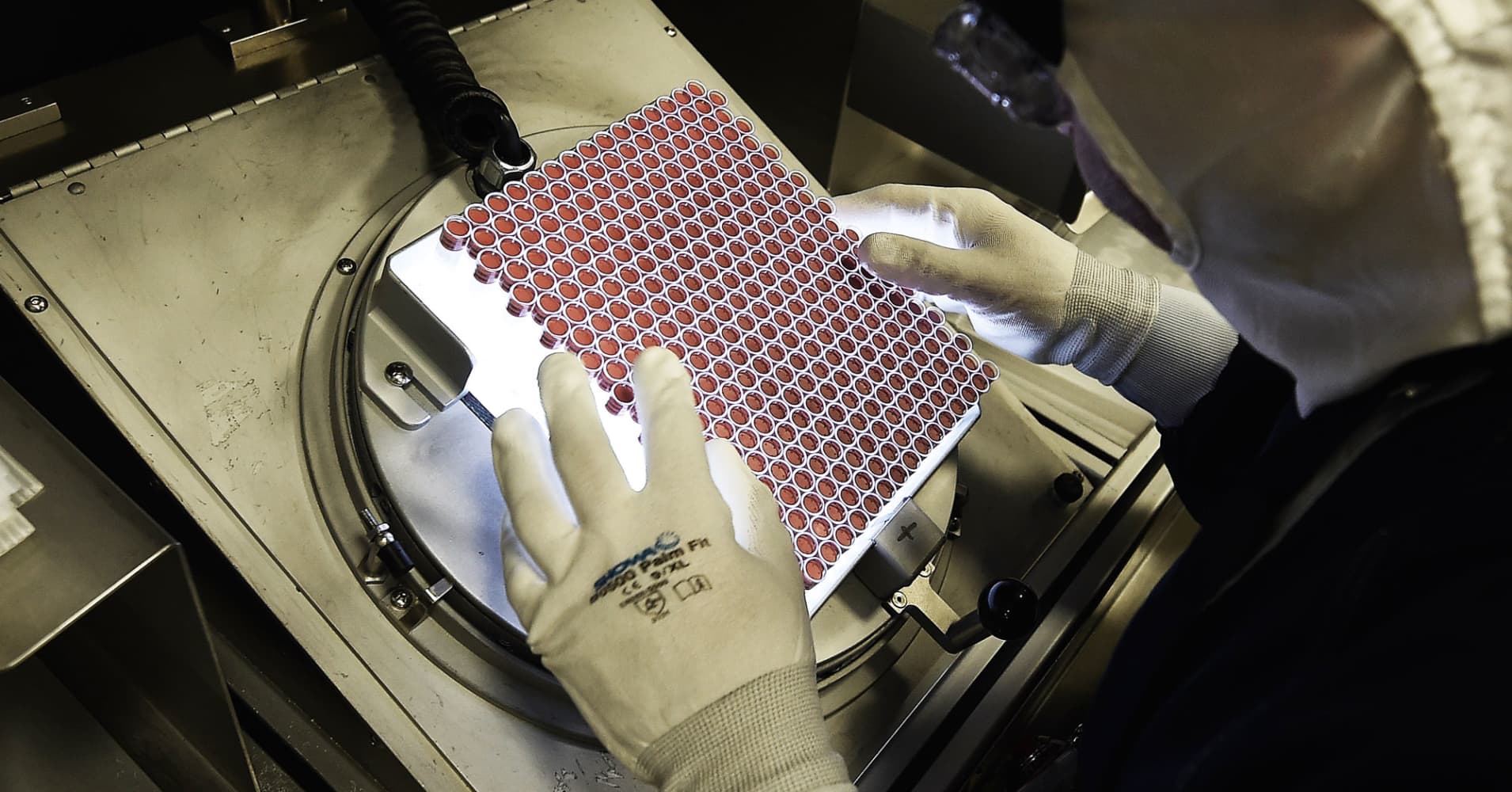 An employee works on the production of insulin pens at the factory of the US pharmaceutical company Eli Lilly in Fegersheim, France.

Eli Lilly on Wednesday forecast better-than-expected revenue and adjusted profit for 2019, as the drugmaker benefits from higher demand for its newer medicines including diabetes drug Trulicity and psoriasis drug Taltz.

Shares of the company, which raised its quarterly dividend by 15 percent, rose 3.3 percent to $110 in early trading.

Lilly has been banking on 10 new drugs launched since 2014, including Trulicity and the recently approved migraine drug Emgality, to drive growth as some of its older treatments such as erectile dysfunction drug Cialis lose patent exclusivity.

“These 10 medicines are launching in some of the fastest growing categories and continue to deliver growth through increased volume, not price,” Chief Financial Officer Joshua Smiley said in a statement.

Trulicity, for instance, recently overtook Humalog to become Lilly’s top-selling medicine with sales of $816.2 million, and helped power the company’s profit beat in the third quarter.

Lilly is also refocusing on high-profit areas such as cancer, as well as building up a strong pipeline.

The company earlier this month said Taltz was found to be more effective in improving symptoms of psoriatic arthritis when compared to AbbVie Inc’s Humira, the world’s best selling prescription medicine.

Lilly also said it aimed to decrease the time taken from identifying a target to clinical testing to about three years.

The company forecast 2019 adjusted profit of $5.90 to $6 per share, compared with analysts’ average estimate of $5.82, according to IBES data from Refinitiv.

Lilly said revenue was expected to be between $25.3 billion and $25.8 billion for the coming year, also above estimate of $24.77 billion.

The Indianapolis-based company reiterated its forecast for 2018 adjusted profit.