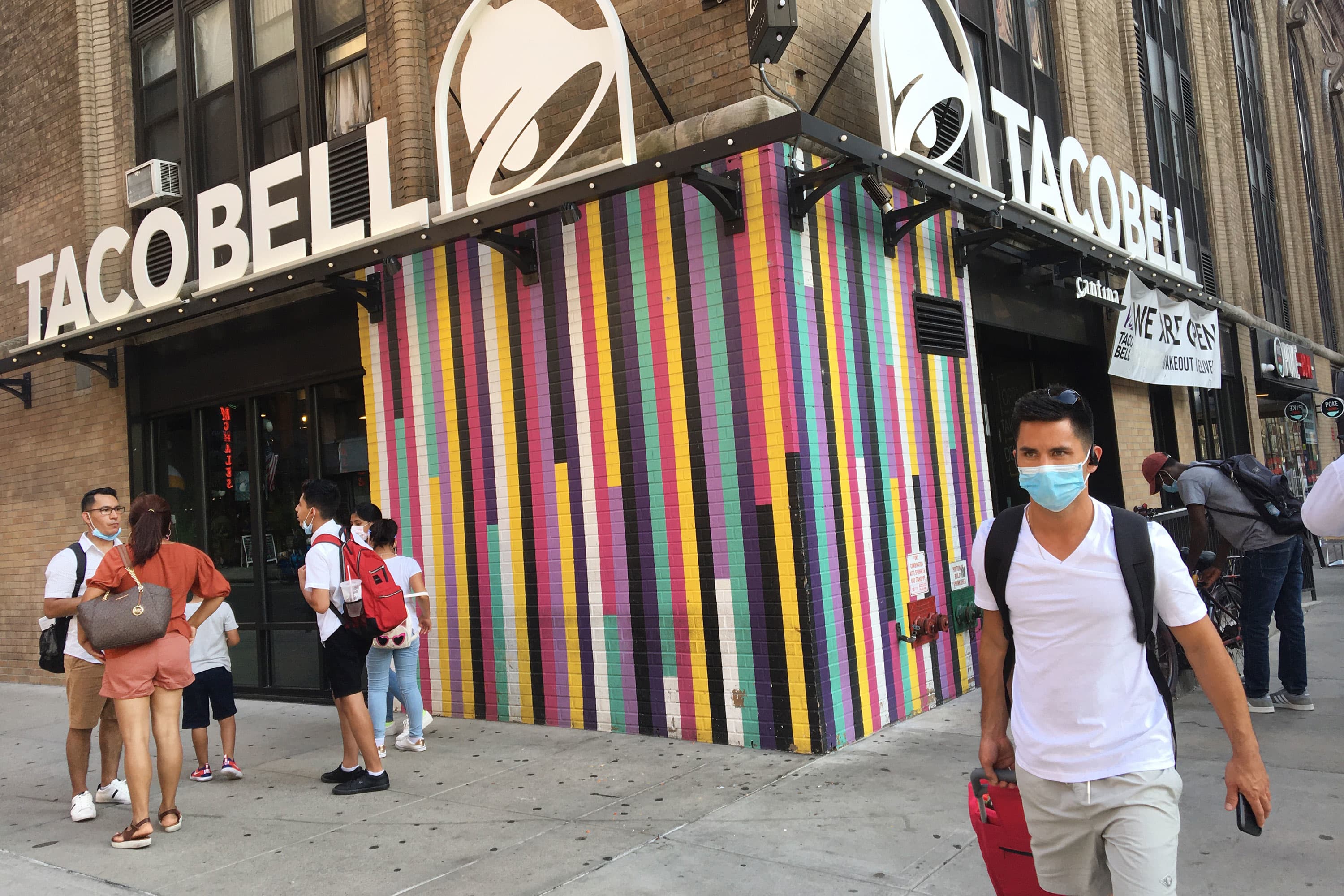 Shares of the company rose less than 1% in premarket trading.

Here’s what the company reported compared with what Wall Street was expecting, based on a survey of analysts by Refinitiv:

The company reported fiscal first-quarter net income rose to $326 million, or $1.07 per share, from $83 million, or 27 cents per share, a year earlier.

Excluding refranchising gains and other items, Yum earned $1.07 per share, topping the 87 cents per share expected by analysts surveyed by Refinitiv.

Yum said that it saw record digital systemwide sales of more than $5 billion, helped by accelerated off-premise growth. To further drive online sales, the company bought two tech start-ups, Tictuk and Kvantum, during the quarter. Tictuk allows customers to order food while on social media and messaging apps, and Kvantum uses artificial intelligence for consumer insights and marketing performance analytics. Financial terms for both deals were not disclosed.

Taco Bell reported same-store sales growth of 9% compared with the year-ago period and 10% on a two-year basis.