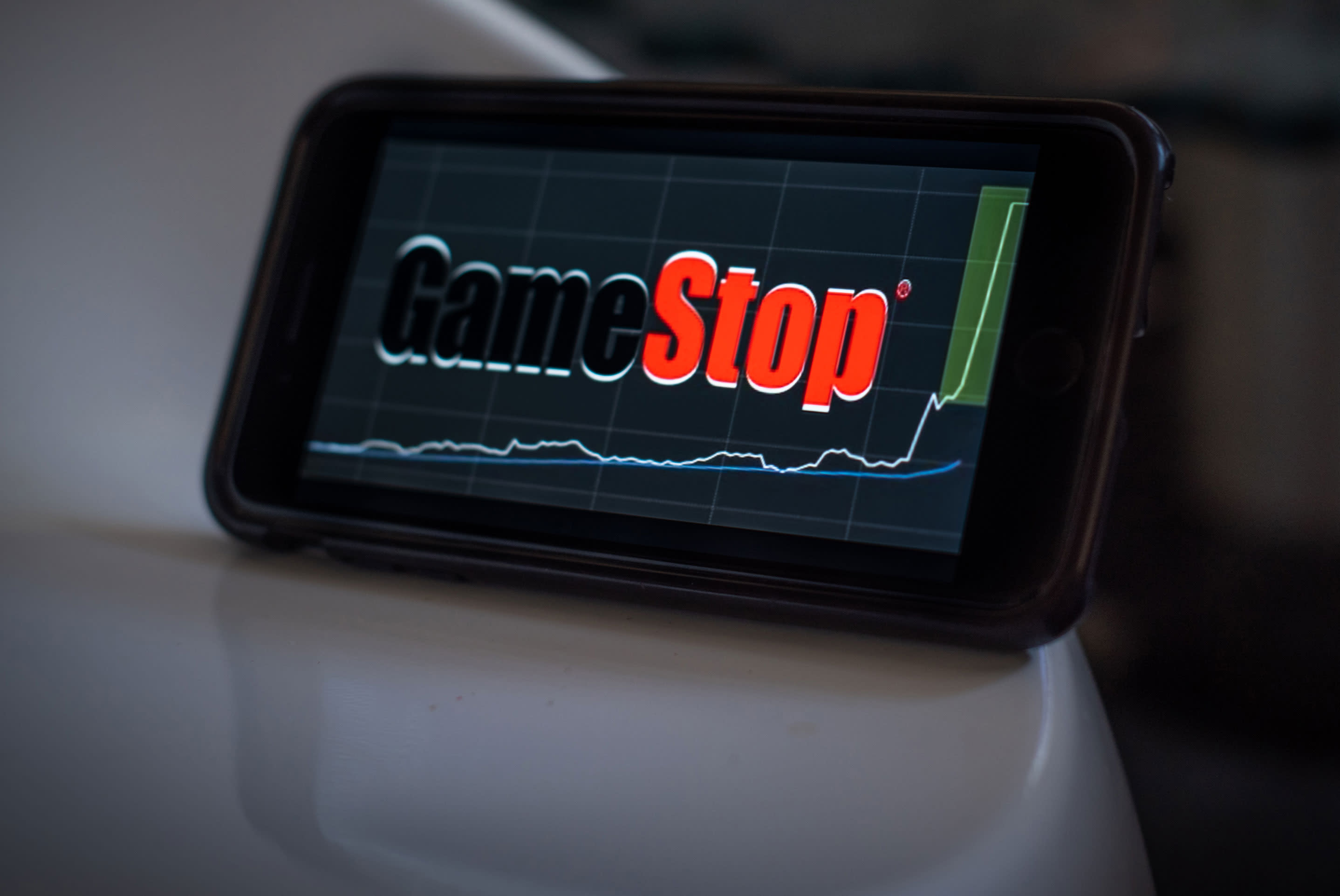 Investors are finally getting a look at GameStop‘s fundamentals following a Reddit-fueled trading frenzy earlier this year.

Here’s what the company did after the bell Tuesday.

The stock initially traded higher after the bell, but was last down about 12% with traders likely reacting to the potential share sale, an action many investors and analysts thought would be prudent given the Reddit-fueled run-up in the stock. There is also likely some disappointment about the lack of detail from the conference call without any questions answered.

“Since January 2021, we have been evaluating whether to increase the size of the ATM (at-the-market) Program and whether to potentially sell shares of our Class A Common Stock under the increased ATM Program during the course of fiscal 2021, primarily to fund the acceleration of our future transformation initiatives and general working capital needs,” a filing from the company said.

No guidance, but February strong

The company said it is continuing to suspend guidance, but is updating its fulfillment operations to boost the speed of its delivery and services. GameStop CEO George Sherman also revealed that February comparable store sales increased 23%, thanks to strength in hardware sales worldwide.

“As we look ahead, we are excited by the opportunities that are in front of us as we begin prioritizing long-term digital and E-Commerce initiatives while continuing to execute on our core business during this emerging console cycle,” Sherman said in the earnings release.

During a much anticipated earnings conference call that at one point reached maximum capacity, the company declined to answer questions.

In that month, an epic short squeeze in the company’s stock shocked Wall Street and drew attention to an emerging class of retail investor on social media platforms like Reddit. GameStop’s share price skyrocketed to $483 per share, and subsequently lost 90% of its value. The controversy drew the attention of Wall Street and Washington.

Since GameStop’s rise and fall in January, the stock has continued to trek higher, with the shares up nearly 80% this month. GameStop’s stock has risen more than 860% in 2021.

GameStop’s stock has traded positively on new developments for the company in the past five months like the appointment of Chewy co-founder Ryan Cohen to GameStop’s board and a focus on GameStop’s technology and e-commerce transition.

GameStop also said after the bell that it continues to seek out executive talent with e-commerce, retail and technology expertise to bolster its turnaround. Sherman said on the conference call that GameStop was “focused on transforming into a customer-obsessed technology company that excites gamers.”

Earlier this month, GameStop announced it tapped Cohen to lead its shift to e-commerce. He is serving as chairman of a special committee formed by GameStop’s board to help its transformation. Board members Alan Attal, Chewy’s former top operations executive, and Kurt Wolf, chief investment officer of Hestia Capital Management, also serve on the committee.

Naming Owens as COO is the latest in a series of recent personnel moves. The committee has already appointed a chief technology officer, hired two executives to lead customer services and e-commerce fulfillment, and begun a search for a new chief financial officer with tech or e-commerce experience. GameStop previously announced that current CFO Jim Bell will resign on March 26. Citing sources familiar with the matter, Business Insider reported that Bell was pushed out by Cohen.

— With reporting from CNBC’s Jesse Pound.